I have a couple of snogs and all of a sudden I think I’m God’s gift. It must be teenage diary time…

Went to Yate and Mum bought me a straight skirt, which was a size 12 because the size 10 was too tight over the bum, a black hoody, and a grey top, all for school. I think I might ask Mum to turn the skirt up a bit though as it’s at the point where it looks a little aggy. It needs to be a little bit shorter. I’m really knackered because I stayed up until 12.45 so that I could watch Passengers and The Living Soap. Take That were on Passengers and you got to see Robbie’s bum. Totally lush. There was some gay bloke on it saying he loved Mark and that he wanted to marry him and have his children. I’m not homophobic but that made me feel sick.

Timothy and Gary called round so I went down the field with them, Sheila and Claudia. I told Mum that I’d be round Sheila’s house so I was allowed out until 11.20pm. It was OK I guess, except for three major buggings. 1. Timothy was drunk and was trying to chat me up by asking about my breasts, he is a major sleaze. 2. You could tell so badly that Sheila wanted to get off with Gary and I guess I didn’t like it very much because he was playing up to it and it made me feel as though I was just another one on a long list of people he got off with and finally 3. Percy wasn’t there.

We had another get together at the park with the same people as yesterday. I forgot to mention that Wilfred was also there yesterday. I told Mum I was going to a party at Timothy’s house so I was allowed out until 12.00 at the latest, but I came home at about 11.15pm as it was really boring. Basically it was the same as yesterday only everyone was sober. I don’t know why I  went actually, maybe it was to keep my eye on Sheila. I wouldn’t have been so jealous if Percy had been there, after all all my time would be spent chatting him up and trying to seduce him at my best.

I painted my shelves today and it looked really good. I’ve also got my new light so my room’s beginning to get a move on and it’s looking really brilliant. I just can’t wait for my curtains and cushions to be ordered, they are just the best. Sheila came round because I was doing Art homework so I thought it would be good to talk to someone at the same time. I’ve started my second piece of Art homework and I think it will take another day to finish it. It should take a day for my English coursework, which leaves three solid days for Geography and any languages revision.

I’ve nearly finished my Geography coursework. It should only take one more day so I’ll definitely get all my homework done before I go on holiday. Went down the park again, this time without Gary. We only stayed until 9.30pm, which was good because I can’t say I particularly wanted to go in the first place, but I guess it’s something to do. Mum’s realised my shelf will have to be moved because my curtains won’t fit properly where it is now. I just don’t think Dad will be too happy, he might even refuse. I hope not, else otherwise I’ll have to change my mind on the curtains.

OK so I’m still doing my Geography coursework but it’s only allowed one more day to be completed as I’ve got one day to finish my Art and one day to do all my English coursework. Went out with Claudia and Sheila. Gary and Timothy were supposed to be meeting us down the school field, but they never turned up. Timothy said something about friends going over to his house and that one of them was a girl who was really good looking so they probably spent all evening chatting her up. Oh I shouldn’t care, but I seem to hate other people having a good time.

I finally finished all my Geography coursework that needed to be done at home and now I’m trying to do my English, although it’s proving to be harder than I thought it would be. I think I’ve chosen which aspect to cover though so at least that’s one step in the right direction. Until all my homework is complete I can’t really look forward to going on holiday as I haven’t really got the time to think about it. I wonder what day Percy gets back from Ireland. It would be so lush if he called round for me before I go on holiday. That would be enough proof for me to know that he likes me. 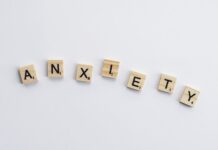 4 Ways To Reduce Your Pandemic Anxiety In 2021 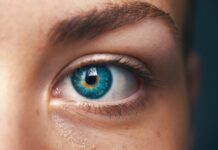 How To Take Care Of Your Senses 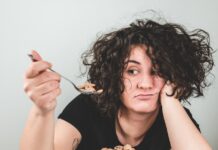 Breaking Bad Eating Habits And How They Affect Your Diet

Basic Truths about the Family by Pastor Faith Oyedepo » Flatimes

The Anatomy Of Temptation By Pastor D.K Olukoya » Flatimes

THE BEGINNING OF THE END