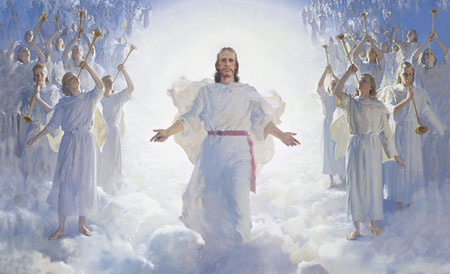 KEY VERSE “And he laid hold on the dragon, that old serpent, which is the Devil, and Satan, and bound him a thousand years” (REVELATION 20:2).

The text reveals that Satan’s reign of impunity will gradually crumble. As a police officer would carry a pair of handcuffs to bind a criminal and a key to lock him up in a prison cell, so will the angel be given authority to bind Satan and lock him up in the abyss of a thousand years to stop him from deceiving the world.

In verse 4, the focus shifts to heaven where the souls of faithful Christians who had suffered and died for Christ are vindicated by coming to life and sitting on thrones in heaven which are symbols of authority and rule.

The real beauty of the passage under consideration today is the spiritual certainty it gives in the midst of our global, political, economic and personal uncertainties.

Evil shall not prevail forever though it may endure for a while. The triumphing of the wicked is short. The day will eventually come when all evil people will answer to their crimes. Nothing can undo Satan’s judgement and Jesus’ victory. The saints will also triumph forever.

✍THOUGHT FOR THE DAY Payday will come for all evil people.

Some secrets Satan will not like you to know about himself

10 Tips For Living Your Best Life

Things To Consider When Planning A New CrossFit Gym