Today’s been a fairly average day. My highlight of which was rubbing down the plaster which I’d applied to the bumps in my walls the other day. I can’t wait until Monday because I’ll get to see Percy again. He obviously isn’t doing anything for his birthday, unless it’s just with the guys, because I’m sure he’d invite me if there were other girls going round. We’re going to be looking at paint tomorrow so hopefully I’ll be able to get started on it. I hope so, because it feels a bit cold and empty at the moment. As much as I think the posters looked tacky, at least they gave off the comforting sense of being watched and looked over.

Percy’s birthday. I’ve painted about half of my bedroom and it looks really nice. The colour scheme has completely changed to what I originally wanted. Mum thought they’d be too dark so she said if I didn’t have to match up to my curtains and bedcovers what would I have. So in the end I chose yellow and blue. Mum said that I could have some more curtains and bedcovers. The colours are really bright and kind of looks like a beach, but it is really nice. A lot nicer than it was with the posters up. Percy’s 15 today. He didn’t phone me. Maybe I should’ve phoned but he wouldn’t really have appreciated it so I don’t know whether it’s worth it.

Today was a really shit day at school because it was just so boring. Mainly because Sheila wasn’t there. She’s got to have glasses but she’s only got to wear them for certain things and I expect they’ll suit her. Percy and Tommy called round at about 8.15pm and I was going to call for Sheila but I’d been there already and it was a bit hectic. It’s really weird because when I hang around with them I start off really loud and outgoing but by the end I’m really quiet. They think it’s because I’m pissed off, but it’s not. It’s mainly because 1) I have nothing else to say and 2) I’m sad because Percy’s not taking much notice of me. He is going to Bernadette’s party. She is a total bitch.

Percy didn’t really talk to me today apart from saying “alright” when I told him that Sheila would come to the cinema. I bet nothing will actually come of it unless I pester him tomorrow. Maybe I shouldn’t bother and if I wait and see whether he approaches me that might reveal whether he does actually fancy me or whether he likes me as a friend and is just flirting with me. I’ve got an English oral on Friday and I have to stand in front of the whole class on my own and talk about work experience for five minutes. Nerve racking or what? I just wish it was all over. It’s so crap.

I really got fired up in my head to tell Sheila that I fancied Percy. I even told her I had something to tell her that she had to promise not to tell anyone, but every time I kept bottling it. So I’ve now written it all in a letter and I’m posting it through her door tomorrow when I do my paper round. That way it lets her know without it being too embarrassing on my behalf. I really want her to know because then she’ll be able to ask Percy what he really thinks about me and if it’s a positive answer she could tell him I fancy him and then maybe that will give him the confidence he needs to ask me out. Good luck.

I posted Sheila the letter so now she knows. I really wanted her to confront me and talk to me about it, but she hasn’t. It’s as though nothing’s happened. Although it’s now made me feel really uncomfortable around Percy because I feel like Sheila is watching me. I really don’t know whether I should have told her now, it hasn’t really achieved anything. We’re supposed to be going to the cinema tomorrow, except Sheila hasn’t got the money, so I said I’d lend it to her, but now she doesn’t want to get the bus in. Percy won’t like that. If a whole lot of us don’t go he might not go and then I won’t be near him.

Sheila wrote me a letter, which I read when I got home. I’d had such a depressing day that I cried. Because there were no decent films on at the cinema we ended up not going, which was one major let down. I saw Percy with Raymond talking to Marigold asking for directions to Bernadette’s house, which means they are definitely going to her sleepover. If he gets off with anyone I will just die from heartache. The only good thing that came out of today was the fact that I did my English oral and I got a level 9 for it, which is really good. I was really confident and everybody said I didn’t go red.

Tune in next week for more 1994 action teenage diary fans!

You can read June here – https://artofhealthyliving.com/monthly-confessions-from-teenage-diary-june-1993/ 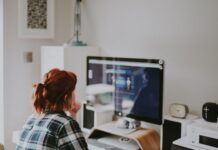 Best Work From Home Jobs For Single Moms Starting Over 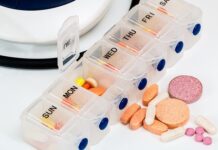 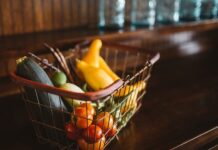 THE DESIRE OF THE RIGHTEOUS

Kindly send us your prayer requests