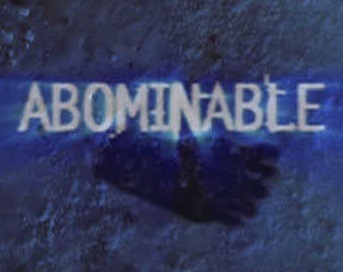 TEXT: DEUTERONOMY 18:9-14.
🔑KEY VERSE “When you are come into the land which the LORD your God gives you, you shall not learn to do after the abominations of those nations” (DEUTERONOMY 18:9).

A young Christian man got admission into a university in Africa. Instead of joining godly fellowships in school, he went to identify with unbelievers. One day, soldiers found him partying around 1am in town, mistook him for an armed robber and shot him dead.

Moses, the prophet of God, after giving specific instructions concerning the priests, highlighted divine imperatives on the generality of the Israelites. He enumerated abominations of the inhabitants of the land which the Israelites were to abstain from. One of such practices was occultism; others include divination, observing of times, enchantment, witchcraft, familiar spirits, wizardry and necromancy. These were the practices of the heathen nations whom the Lord drove out of the Promised Land. God demanded perfection from the children of Israel.

Involvement in occultism is a great affront to the supremacy of God and a challenge to His sovereignty. It entails the recognition of a rival deity besides the true God. Even today, many people still go to those who use diabolical means to get information about themselves or others. Some get initiated because they want power, popularity, success or wealth.

Believers must avoid these and several other traditional practices that link people with Satan and his kingdom. Those who are involved in these practices must desist and pray for forgiveness. God demands perfection from us. To be perfect is to be holy in thought, words and actions. It is to be free from the works of the flesh and manifest the fruit of the Spirit (Galatians 5:19-24).

✍THOUGHT FOR THE DAY Avoid practices that challenge the supremacy and sovereignty of God.

Modern spiritism in the Church

HYMN When I saw the cleansing fountain

CBD For Sleep – How Does CBD Promote Good Sleep?