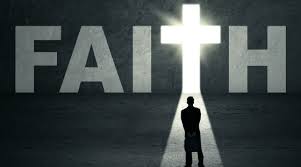 KEY VERSE “And when they began to sing and to praise, the LORD set ambushments against the children of Ammon, Moab, and mount Seir, which were come against Judah; and they were smitten” (2 CHRONICLES 20:22)

Think of someone who wishes to enter a locked treasure house. He has the key in his hands but just stands at the door, pushing and wishing it would open for him. The door will not open unless he puts the key in the lock and turns it. The key in his hand will do him no good until he uses it. This is just how faith works.

The nation of Judah faced a great challenge. A confederacy of nations had gathered to fight against them and wipe them out. Helpless in themselves, they prayed to ask help from God. He assured them that He would fight for them and give them victory over their enemies. As they marched on to confront their enemies, Jehoshaphat admonished them to believe God and His prophets. They agreed and immediately put their faith to work by singing praises to the Lord. Their faith was demonstrated in their praises. As soon as they put their faith to work in praising God, He gave them overwhelming victory.

Faith is one of the most powerful positions of a Christian. It can do all things because it engages and activates the power of the Almighty God, with whom nothing is impossible. But the power of faith can never be seen or experienced except it is put to work. While it exists in the “believe” state, it remains latent, passive and dormant. But the moment it is released in action, the power is activated and nothing can stand on its way.

Some Christians claim to have faith but the problem is that they do not put their faith to work. They cry over their mountains, fast and pray over perceived problems, but never take any action to demonstrate their faith. It is about time we moved on from professing faith and began to put it into actions. Except we do, we will never have.

✍THOUGHT FOR THE DAY: Great things can happen when we put out our faith to work.

How to activate your faith

3.Profession and confession of faith
Boldly and repeatedly confess the word of God you are standing upon without wavering. Make sure it is from the heart and not just a lip service, v20. This was what Judah did.

STANDING ON THE PROMISES OF GOD

WHICH IS YOUR COMPANY?

Reading Supplements Reviews Can Introduce You To A Better Lifestyle

Why Is Exercise So Good?