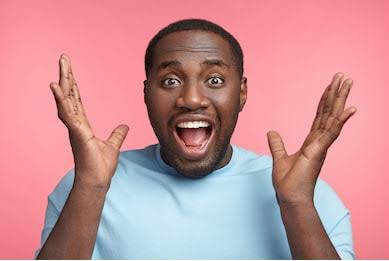 KEY VERSE “The neighbors therefore, and they which before had seen him that he was blind, said, Is not this he that sat and begged?” (JOHN 9:8).

The blind man had been in the situation since birth; so long that everyone around him knew his predicament. He used to beg openly and that miserable nature had become synonymous with him. He had sat as usual, begging for alms; but something greater than alms came his way. He received a miracle of mercy and became a marvel to his neighbours.

Many believers today are almost wearied because their expectations from God are being delayed.

You may have attended countless number of vigils, prayer meetings and crusades. You may have also listened to powerful ministrations by men of God, yet it appears your challenges have refused to bow; don’t give up. The blind man had always gone to that road side to beg for alms. If he had felt so discouraged that he decided not to go out that day, he could have missed it. Your miracle is by the corner; don’t lose hope.

Everyone knew the identity of the blind beggar, though some were reluctant to admit that he could now see. Their reluctance notwithstanding, the testimony of the neighbours confirmed the fact that the man could now see.

Those who gather to frustrate you will beg to be part of your celebration. It will be a pleasant surprise.

✍THOUGHT FOR THE DAY “If God is making you wait, then be prepared to receive more than what you asked.”

From grass to glory

DO IT FOR GOD

Kindly send us your prayer requests

Options For People Who Want Healthy Yet Tasty Snacks For Work