I’m sure with every passing week that I sit and read my teenage diary a tiny bit of me shrivels up with the levels of cringe. If only I could shout back to the past, “Don’t waste your time on a boy who clearly doesn’t like you in that way, clearly has no respect for you, and is clearly fucking with your mind.” But of course I can’t. So all I can do is get over the cringe and share it with you lot and we can all have a laugh about it together 🙂

Went over to Sheila’s and did sod all really. She’s moving a week Monday and I can’t wait. We’re probably going to buy walkie talkies so we’ll be able to talk to one another whenever we want to without getting told off for being on the phone too long. Percy’s probably back from Birmingham now. I really hope he gets in contact with me next week because I haven’t got the nerve to phone him because it makes me look too pushy. It’s his birthday next Sunday so maybe he’ll be doing something special for that, which I’ll get invited to. I hope so, because then we might go to the cinema again.

Me, Mum and Dad went on a canal trip in Bradford on Avon. OK so it was quite crap, but it was a lot more interesting than if I’d stayed at home. Was overcome with the sudden urge to phone Percy and tell him how I felt and to actually ask him out. I asked Mum if I could use the phone, she said yes, but I had to use the one downstairs, so there was no way I’d ask him in everyone’s earshot. So I thought I’d ask him to come over to Hullavington and then could ask him in person. Anyway, I phoned and surprise of surprises he wasn’t in, so I left a message with his sister for him to phone back. He hasn’t yet and I doubt whether he will.

The weather was really gorgeous today. Still no sign of a tan. Maybe I should buy a fake one. Percy hasn’t phoned back. Deep down I know he won’t call round at all during the holidays, but in my heart there’s small hopes which are big enough to make me stay in all day. Mark Owen won top man and Take That won top pop act for the Red Nose awards, Comic Relief. I might phone Sheila to see if she wants to come over tomorrow, but she probably won’t because she’ll be too busy painting, sorry I mean packing. Hopefully my room will be decorated soon, I mean I really like Take That and it’s nice to look at them 24hrs but it really is a bit tacky

I actually got sun burnt today. Let’s just it goes brown else I’ll have to settle with looking like a lobster. I was quite bored today. I really can’t wait until Sheila moves. We’ll be able to go out so much more because it will be really easy without the hassle of cadging lifts off of parents. Percy hasn’t called round. Why can’t he see how much he’s hurting me? It’s weird to think that on Sunday I was all fired up to tell him how I felt about him, but the chance would be a fine thing. He hasn’t phoned back or called round. How’s a girl supposed to ask anyone out if they are never in. I’d write him a letter except he’s ex-directory so there’s no chance of me finding it.

Went into Chippenham and the bus was such a fob, it cost 95p each. What a rip! I didn’t buy much really considering I had the money. It’s just I never know what to get, so I bought some cotton wool and a mini skirt. We had about an hour and fifteen minutes before we had to meet Mum so we sat in the park because it was really hot and there were these boys playing football. OK they weren’t perfect, but soon some of their mates joined them and a few of them took off their shirts and it was a one way ticket to swoon city. OK so they didn’t see us, but some people were born to be looked at.

I haven’t had time to be bored today, I’ve had so much to do it’s unbelievable. I’m going to have my room decorated soon so I’ve had to take down my posters and sandpaper the blue tack off. It’s up to me to pant the room and I’ve decided to paint half the room a cranberry colour and the other half a blue then it’s going to be split in the middle by a pale purple which will also be the colour of the skirting board. I’m also going to paint my chair grey so that it matches my TV table. I’ve also got rid of all my magazines on the top of my desk so my room is like really bare now. I tried on my new mini skirt and god when I wear it there’s no way I can bend over.

Today was OK I suppose. It was better than sitting at home and being bored. Mum and I went to Savacentre and I was wearing my denim mini skirt. I swear two of the male shop assistants were eying me up and kept laughing with each other. I suppose they could have just been taking the piss, but that’s not what I want to believe so I won’t. There was also this old woman and Mum said that she’d eyed me up and down in disgust. Talk about personality counts. If she really knew me she’d know I’m not some prostitute. Completely the opposite. I haven’t even snogged a boy let alone slept with them. It’s sad. I’m 15 for crying out loud. Am I ugly?

Tune in next week for more 1994 action teenage diary fans!

Love my 1994 Teenage Diary? Then you will definitely want to check out my Monthly 1993 Diary!

You can read June here – https://artofhealthyliving.com/monthly-confessions-from-teenage-diary-june-1993/ 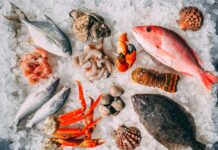 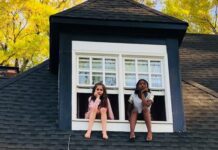 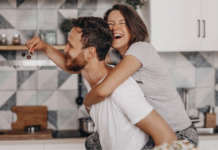 7 Foreplay Tips To Please Her In Bed Every Single Time