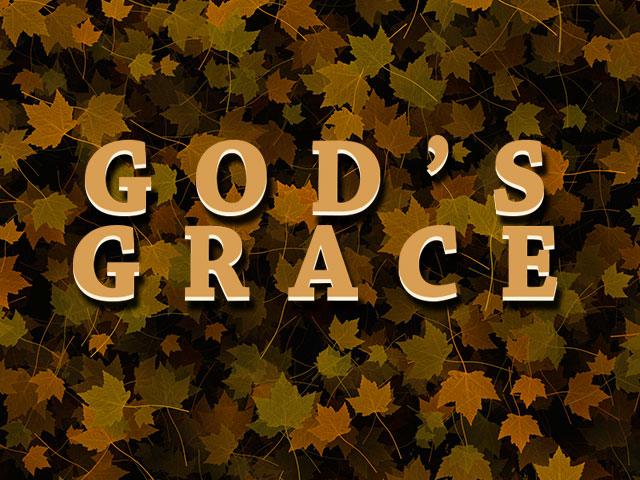 One of the most wonderful, yet least understood principles in the Bible is the wonderful gift of God’s grace. The gospel of grace is so simple that even a child can understand it when it is presented properly. In this Bible study about God’s grace we will see how Paul, being chosen by God to deliver the gospel of grace to the Gentiles, summed it up best in just a few verses as he addressed the Church at Corinth:

To understand God’s grace, we must go back in time to see how this mystery was revealed.

When God made man he put him in a beautiful place called the Garden of Eden:

Genesis 2:8 And the Lord God planted a garden in Eden, in the east, and there he put the man whom he had formed.

God put man there to live and work and take care of the land. Then God gave man only one rule, He said: “You may surely eat of every tree of the garden, but of the tree of the knowledge of good and evil you shall not eat, for in the day that you eat of it you shall surely die.” (Gen 2:16-17)

The man, whose name was Adam told this rule to his wife, Eve. They both knew they were not allowed to eat from the tree of the knowledge of good and evil, or they would die. Then one day a serpent approached Eve and convinced her that God did not mean what He said. So Eve ate of the forbidden tree and then she gave the fruit to her husband, and he ate too.  We see this recorded in Genesis 3:1-7

Now the serpent was more crafty than any other beast of the field that the Lord God had made.

He said to the woman, “Did God actually say, ‘You shall not eat of any tree in the garden’?” 2 And the woman said to the serpent, “We may eat of the fruit of the trees in the garden, 3 but God said, ‘You shall not eat of the fruit of the tree that is in the midst of the garden, neither shall you touch it, lest you die.’” 4  But the serpent said to the woman, “You will not surely die. 5 For God knows that when you eat of it your eyes will be opened, and you will be like God, knowing good and evil.” 6 So when the woman saw that the tree was good for food, and that it was a delight to the eyes, and that the tree was to be desired to make one wise, she took of its fruit and ate, and she also gave some to her husband who was with her, and he ate. 7  Then the eyes of both were opened, and they knew that they were naked. And they sewed fig leaves together and made themselves loincloths.

The penalty for doing what God told Adam and Eve not to do is recorded as follows:

Genesis 3:8-24  8 And they heard the sound of the Lord God walking in the garden in the cool of the day, and the man and his wife hid themselves from the presence of the Lord God among the trees of the garden. 9 But the Lord God called to the man and said to him, “Where are you?” 10 And he said, “I heard the sound of you in the garden, and I was afraid, because I was naked, and I hid myself.” 11 He said, “Who told you that you were naked? Have you eaten of the tree of which I commanded you not to eat?” 12 The man said, “The woman whom you gave to be with me, she gave me fruit of the tree, and I ate.” 13 Then the Lord God said to the woman, “What is this that you have done?” The woman said, “The serpent deceived me, and I ate.”

We call this disobedience to God’s law (rule) sin. Take a look at all that came to be because of sin:

The truth of the matter is that every man after Adam is dead in their trespasses and sins. Paul explains this to the Church at Ephesus, as follows:

Ephesians 2:1-3 And you were dead in the trespasses and sins 2  in which you once walked, following the course of this world, following the prince of the power of the air, the spirit that is now at work in the sons of disobedience— 3 among whom we all once lived in the passions of our flesh, carrying out the desires of the body and the mind, and were by nature children of wrath, like the rest of mankind.

And Paul goes on to give us great news:

Ephesians 2:4-10 4 But God, being rich in mercy, because of the great love with which he loved us, 5 even when we were dead in our trespasses, made us alive together with Christ— by grace you have been saved— 6 and raised us up with him and seated us with him in the heavenly places in Christ Jesus, 7 so that in the coming ages he might show the immeasurable riches of his grace in kindness toward us in Christ Jesus. 8 For by grace you have been saved through faith. And this is not your own doing; it is the gift of God, 9  not a result of works, so that no one may boast. 10 For we are his workmanship, created in Christ Jesus for good works, which God prepared beforehand, that we should walk in them.

There was a time, after Adam and Eve first sinned, that God’s law was expanded into more that 600 things that the people could and could not do. The people could not obey these laws and at one point God wiped out all of mankind because they were so evil. He saved only Noah and his family because Noah was righteous in God’s eyes. Even after Noah, man continued to disobey and because God’s chosen people, Israel (the Jewish people), rejected God’s eternal plan of salvation, it was offered to the Gentiles (those who are not Jewish). Paul writes about this in his letter to the Church at Rome:

Romans 11:30-32 30 For just as you were at one time disobedient to God but now have received mercy because of their disobedience, 31 so they too have now been disobedient in order that by the mercy shown to you they also may now receive mercy. 32 For God has consigned all to disobedience, that he may have mercy on all.

This offer from God to all men was made possible by His only begotten Son, Jesus who willingly allowed Himself to be wrongfully crucified so that His blood would pay our sin debt. The debt or payment for sin is death. Because of Adam, all have sinned and fall short of the glory of God (Romans 3:23, 6:23). But God loves us so much that He gives us something we do not deserve – GRACE.

Everyone loves receiving gifts, but for a gift to be yours, you must accept it. When you believe the truth of the gospel, that Jesus died for your sins, was buried according to the Scriptures and was raised again on the third day, according to the Scriptures, you are guaranteed eternal life – you receive the gift. God seals your name in the Lambs Book of Life and leaves His Holy Spirit as the Promise that Jesus will return to redeem you into eternal life with Him and His Father in Heaven. Your death sentence is lifted and you are no longer condemned. Some Bible verses to study about the results of this salvation include: John 3:18, 36; John 14:27; Romans 8:9; Romans 8:16-17 and Philippians 4:3

Grace does not mean that we may now do things that displease the Lord. Under the law we saw death and we were bound as a slave to that Law. Under grace we have freedom through the leading of the Spirit. We needed the Law to convince us of our personal need of a Savior (Gal 3:23-26). Under grace we are no longer focused on the “dos” and “don’t”, rather, when we follow the Spirit we always do what pleases God. Consider these examples of how to walk in grace:

I think you get the idea. Walking in Grace is to allow the Spirit to discern the right way for you. God loves us and gives us everything that we need to walk in grace and peace. All we need to do is listen to His leading. When we quench the Spirit we fall into old habits. Falling into old habits does not mean that we can ever lose eternal life, because remember we have a Promise and we are sealed. Eternal life is a sure thing! The Bible says that this believers “hope” is steadfast and as sure as an anchor (Heb 6:19).

I pray that this Bible study has allowed you to understand the simplicity and practical application of grace in every believer’s life. 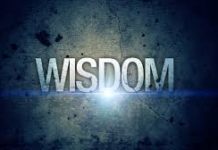 WHY DO I NEED WISDOM AND INSIGHT (UNDERSTANDING)

Our Urgent Ministry To A Supposedly Living Church By Pastor W.F....

No Dog Shall Move Its Tongue Against Me By Pastor D.K...

REST FOR THE RESTLESS