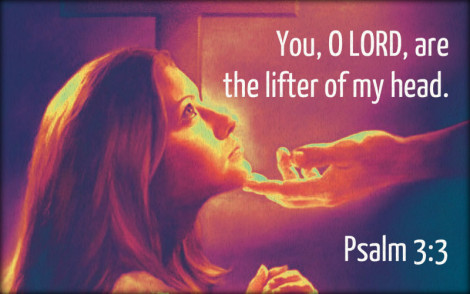 A missionary challenged a man for mocking the name of Jesus somewhere in northern Nigeria. The man went to a police station and told officers there that he had found the chief of all kidnappers in the state. The policemen were interested and arrested the missionary. The man also summoned all his brothers to lynch the missionary outside the station, in case the police freed him.

After interrogation, they discovered that the missionary was innocent. But the crowd were still outside the station with stones and spears. Two policemen asked the missionary to follow in-between them. The missionary was afraid of going through the crowd, but God gave him courage. He eventually passed through them without anyone seeing him. The moment he got into the waiting police van, the eyes of the persecutors were opened. But it was too late; the missionary had gone.

On many occasions, King David ceaselessly extolled the beauty of trusting the Lord and depending on Him entirely. He knew what trusting God meant, having had victory over the enemies of His people. This time, though, his enemy was his son, Absalom, who conspired with some of his father’s trusted allies to take over the throne. Unfortunately for the king’s enemies, God was close to lift his head and shield him.

There are times when it seems that the enemy is shooting from all sides. The shots can be in the form of sickness, missed opportunity, childlessness or danger. But, like David, do not be afraid of ten thousands of enemies. We are more than conquerors through Him who loves us (Romans 8:37).

In all situations, you should rely on God regardless of the size of the challenge confronting you. Sooner than later, you will rejoice if you do not faint or give up.

✍THOUGHT FOR THE DAY: Trust the Creator, not the creature.

21 Keys If You Are Determined Not To Fail By Pastor...

Your Joy And Your Harvest By Pastor Paul Enenche » Flatimes

How To Go From Home Gym To Owning Your Own Fitness...

The Tragedies Of Wasted Or Missed Opportunities By Pastor D.K Olukoya...