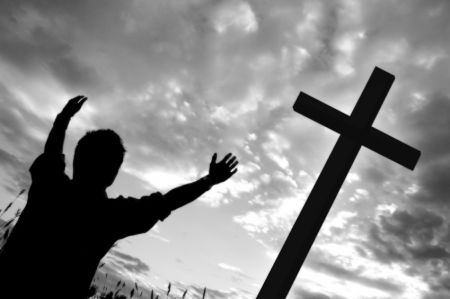 TEXT: EZEKIEL 20:10-26.
🔑KEY VERSE “Because they despised my judgements, and walked not in my statutes, but polluted my sabbaths: for their heart went after idols. Nevertheless mine eye spared them from destroying them, neither did I make an end of them in the wilderness”
(EZEKIEL 20:16,17).

A mother once approached the French military chief, Napoleon, seeking a pardon for her son. The emperor replied that the young man had committed a certain offense twice and justice demanded death. “But I don’t ask for justice,” the mother explained. “I plead for mercy.” “But your son does not deserve mercy,” Napoleon replied. “Sir,” the woman cried, “mercy is all l ask for”. “Well, then,” the emperor said, “I will have mercy.” And he spared the woman’s son.

Today’s passage calls to remembrance the awesome power of God and His mercy demonstrated over and over in the lives of His people, the Israelites. While in the wilderness, on their way to Canaan, God gave them the Ten Commandments and other statutes. But the children of Israel rebelled against God, walked not in the statutes and despised His judgments on several occasions. They polluted the Sabbaths and their eyes went after the idols of the land.

Their rebellious acts courted God’s wrath and on several occasions, He would decide to pour out His fury on them in the wilderness and utterly consume them. But His mercies always prevailed over judgment. This was for the sake of His glory, to prevent the heathen from thinking that He was unable to successfully take them to the Promised Land. Although a lot of them perished in the wilderness, God still spared a remnant that entered the Promised Land.

God hates rebellion. It is the surest path to destruction and to making Him one’s enemy. He is not willing that any should perish, but that all should come to repentance. However, those who fail to repent but harden their heart in rebellion will have God’s wrath and fury poured on them. He delights in mercy; let us avail ourselves of His mercy and live.

✍THOUGHT FOR THE DAY The mill of God’s judgement grinds slowly but surely.

Let us hear His own side of the story

The passage has to do with the vindication of God’s dealing with Israel, and by extension with all His creation.