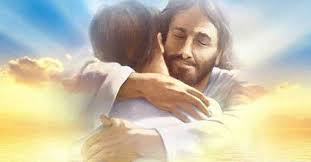 Key Verse: “Remember the word unto thy servant, upon which thou hast caused me to hope. This is my comfort in my affliction: for thy word hath quickened me” (Psalm 119:49, 50)

A story was told of a young man who heard that his wealthy uncle had left him, in his will, a Bible. The young man, disappointed and disgusted with his share in his uncle’s bequests, threw the Bible into an old trunk in the junk room.

Years passed by and one day, pressed beyond measure, he turned to the Book for comfort. Between its pages, he found many dollar bills. But beyond this material wealth, he found also the exceeding riches of Christ, for the Bible led him to the Saviour!

The psalmist, in his afflictions, found comfort in the word of the Lord as it quickened him and brought him hope. Though the wicked had him in derision, he refused to depart from the Word; its words (statutes) were his songs in life’s journeys. He remembered the name of the Lord in the night and was obedient to His law.

The Bible has the solution to every problem of man and is the final authority of all aspects of Christian living. It contains hidden but inexhaustible treasures which are not found except by searching or digging deep into its mines. It speaks to all of mankind: men and women, youth and children, all races, colour and languages, the poor and the wealthy, the educated and the uneducated, the sinner and the saint. No one can, therefore, afford to ignore the provisions of the Bible.

The Word is ‘light’ to the believer’s feet, ‘food’ for his soul, and ‘medicine’ for the body. It is the ‘fire’ that refines him, the ‘rain’ that refreshes him and the power source that renews his body, soul and spirit. To the sinner, the Bible brings conviction for sin which leads to repentance and faith in Christ.

Thought For The Day: Bible: the storehouse and magazine of life and comfort.

12 Tips To Picking The Right Pediatrician For Your Child

Anglican Devotional 1 February 2021 – The Righteous And The Unrighteous...